Even Charlie Saxon himself questions how a guy from Tulsa, Oklahoma has managed to lead the all-time PGA TOUR Series-China money list.

But as Saxon looks forward to a return to the Web.com Tour – and a trip to Final Stage first to try and improve his 2019 status – he says the experience in Asia has been invaluable for his growth as a professional.

“Playing in China (has) been really instrumental to help me learn what it means to be a pro, travel and find my game,” says Saxon. “I built a foundation that’s going to last me through a lot of years of professional golf.

“And outside of golf, it’s been just a neat life experience to see parts of the world I never would have dreamed of seeing, and probably will never seen again. It’s been fun for sure.”

The 24-year-old took a fortuitous route to end up on PGA TOUR Series-China to begin with.

After graduating from the University of Oklahoma, Saxon’s original objective was to play on the Web.com Tour via Q-School, but his first attempt at Second Stage fell short. He signed up late for PGA TOUR Latinoamerica Q-School (“I didn’t realize all those sites filled up in 10 minutes,” he says) and decided to head to China.

He had only been to Asia once in his life – a week-long adventure in the Philippines – but China, he says, was a whole different experience.

“I went over there on a whim, thinking it was my best opportunity,” he explains. 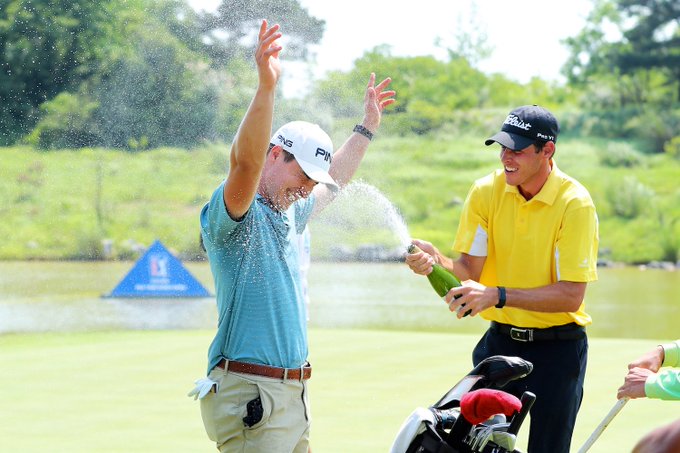 While in China for that Tour’s Q-School, he received an email saying he had earned a spot in the Argentinian Q-School site for PGA TOUR Latinoamerica. He flew from China (47 hours of total travel, he says) and made it through, so he had status on both Tours.

“I played four events on (PGA TOUR Latinoamerica) and I had this feeling tugging on me where I thought, ‘I think I have to go to China,’” he says.

After missing the final six cuts of the year and finishing 141st on the money list, though, he returned to China for 2018.

He won twice more this year and had six top-five finishes. In a crazy twist of fate, the only way he could have lost this year’s money title was if, in the final event, Callum Tarren finished no worse than solo second and Saxon didn’t tie for 24th or better.

Tarren finished second, Saxon tied for 25th, and the latter ended up approximately $340 short of the top spot.

No hard feelings, however, as Saxon’s two fabulous seasons in China resulted in him surpassing Web.com Tour winner Marty Dou for the No. 1 spot in PGA TOUR Series-China career money.

“I went to China and ended up having a great year, and the rest is history,” he says.

Although his Mandarin is rusty at best and he didn’t particularly love the food (“I’ll stick to a big ol’ steak when I get home,” Saxon says with a laugh), he says his confidence is high as he readies for the 2019 Web.com Tour season, and Final Stage.

The experience he garnered while playing on the other side of the world has become invaluable in his growth.

“I’ve been fortunate enough to play a lot of good golf on the developmental tours, winning a handful of times in China and once on (PGA TOUR Latinoamerica). I know my game is good enough,” he says. “I feel like I’m a lot better player my second go on the Web.com Tour than I was back (in 2017).” 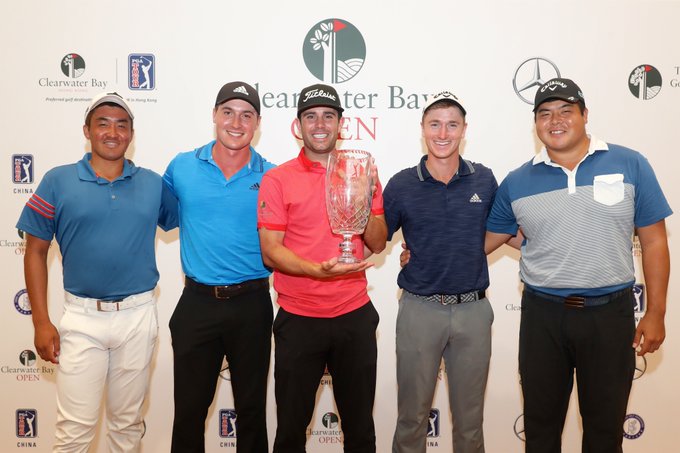 He says he had dreams of playing on the PGA TOUR since he was a youngster and was “golf-crazy” growing up. He was fortunate to have a robust support system of people who put a lot of time into him, and although he grew up taking golf lessons at Karsten Creek Golf Club (home club of Oklahoma State University), his parents were both Oklahoma graduates, and he opted to become a Sooner rather than a Cowboy.

“We had been pretty terrible, and I wasn’t pumped to go play for a school that hadn’t been that good,” says Saxon with a laugh. “But when Coach (Ryan) Hybl came along, he just had a passion for turning the program around. I really bought into that and was excited to be part of that culture.

“It’s cool to play golf for the school that you love.”

But with school long in the rearview, Saxon knows the time is now to continue the climb up golf’s ladder. For the first time in his career, he wrote down some tangible goals he wanted to achieve in 2018, and he plans on doing the same for next season.

The ultimate goal, he says, is to have a PGA TOUR card in about 48 weeks’ time. With worldwide victories under his belt, he acknowledges that sticking to his game and accepting the inevitable ups and downs will be key.

“Knowing my game is good enough, and if I (go) out there trusting it, hopefully by the end of the year it’ll culminate in what I’m hoping for,” he says. “I’m far from being where I want to be, but … it just kind of progressed, one thing after another, and here I am traveling the world playing golf.”

PUERTO PLATA, Dominican Republic—Thirteen months after missing a putt to extend a playoff at the...
A life-long Cleveland sports fan and native of nearby Canal Fulton, Justin Lower was able to cross an...
After finishing sixth on his European Challenge Tour debut in the Belt and Road Colourful Yunnan Open...
Back To Top