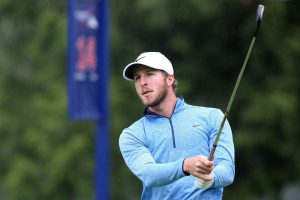 2018 marked a return to PGA Tour Canada for Michael Schoolcraft, after a 2016 season where he finished Top 10 on the Money List and 2nd on the Tour in birdies made. After a year of limited status in 2017 on the Web.com Tour, Mike returned to Canada for the 2018 season.

At the completion of the regular season, Schoolcraft stands 28th on the Order of Merit. A solid week at the Tour Championship would move him into the Top 25 in the standings and an exemption to skip the 1st stage of Web.com Tour Q-School. An excellent week moves him into the Top 10 on the Order of Merit and a trip back to the Web.com Tour in 2019.

Schoolcraft is sponsored and supported by Nike Golf and Titleist

Hirschman just graduated from University of Oklahoma in May of 2018, however, he was able to secure PGA Tour Canada status via Q-School in the spring.  The start of his season was delayed, however, due to the NCAA National Championship followed by his first pro start by way of sponsor exemption at the PGA Tour’s Fed Ex St. Jude Classihometownhome town of Memphis, Tennessee. Grant did make the cut in Memphis securing his first payday as a professional.

Grant entered the final event of the regular season 62nd on the Order of Merit, needing a solid week to move into the Top 60 and an invite to the Tour Championship. On Friday afternoon, with nine holes to play Grant was outside the cut line. A bogey-free 3 under on his final nine moved him inside the cut line. Followed by rounds of 69-70 on the weekend, Grant was able to move to 59th on the Order of Merit!